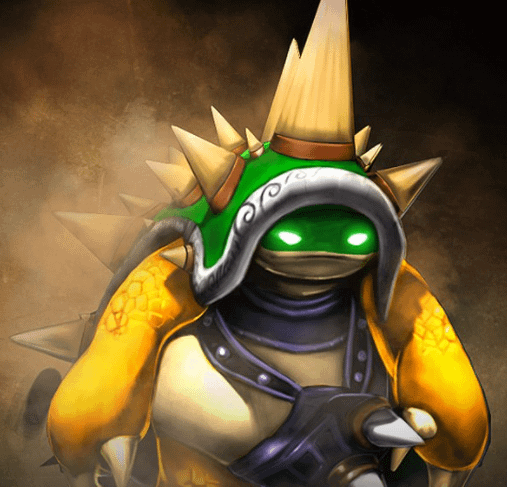 King Rammus is a very unique skin that was made available before League of Legends was ever made accessible to the general audience.

Following the League of Legends closed beta, King Rammus was made available. Since the closed beta finished on October 21st, 2009, fortunate users were the first to acquire this skin around this time.

The skin was given to players that took part in League of Legends’ closed beta, which ran from April 21 to October 21, 2009. Only a restricted group of people were asked to join because it was a closed beta. Every account who registered to participate in the closed beta received the King Rammus skin. When all of the accounts were reset following the closed beta, this was automatically added to them.

Because there was no skin code to trade or sell with other players, the skin is now extremely scarce. The only method to obtain a skin if you were unable to participate in the closed beta is to purchase an account that already has the skin attached.

The skin itself makes tribute to the Super Mario character King Bowser Koopa. The skin has a shell that is green and resembles Bowsers. This skin doesn’t include any new animations, sounds, or particles because it was one of the first ones to be produced before the game was made available to the general public. Although it is disheartening, it was typical for skins produced at that time to only have a retextured surface and no other new features.

Since the closed beta was completed a long time ago, this skin is now no longer accessible. The only way to get this skin is to purchase an account with it already redeemed as there is no sign that it will be returning to the marketplace. If you’re searching for the King Rammus skin, make sure to check out the accounts that have it enabled in our shop below. Rammus is a champion who gained notoriety for his quirky nature and varied voice lines.

Hextech Rammus is an unique skin that ranks first in terms of just visual appeal. Rammus has several metallic skins, but if you want to stand out on the battlefield, this one is the best of them all.

The skin’s release date is August 15, 2019, and 10 Hextech Gems are required for its creation.

The creators of Rammus’ skins appear to enjoy giving him monochromatic skins, such as those on his Chrome Rammus.Designs by Molten Rammus and Freljord Rammus. You become used to seeing those designs after playing this champion in League of Legends for a while.

Hextech Rammus offers the ideal colour harmony without detracting from the Hextech motif that gives it the upscale appearance it is recognised for.The uniqueness of the design makes this skin worthy of the Gemstones you are investing in it. This skin can only currently be obtained through Hextech Crafting or by drawing it at random from a Hextech Chest.

If you don’t have any gemstones or are unwilling to spend them on the Rammus’ Hextech skin, Full Metal Rammus is the best option.Rammus gamers choose it over all others because to its appealing look and rolling champion motion. On August 16, 2012, this skin was launched during the early stages of League and cost 975RP.

Rammus with spikes and steel armor:

Full Metal Rammus’ regular form isn’t particularly impressive, but this skin comes into its own when the champion rolls into a ball and picks up speed.

Rammus almost remains in his Powerball form for the majority of the game, making this skin a no-brainer purchase. If only League of Legends: Wild Rift offered this skin as well.

Rammus using the Full Metal Rammus Skin to roll into a Powerball:

For a skin that was introduced in League of Legends’ second season, it has maintained a respectable level of fashion. Naturally, it’s important to remember that Rammus and his skins had a VFX upgrade in April 2021.

But even before that, it was incredibly attractive. Nothing will persuade us that Rammus is anything other than flawless as he now is.

Now, before you start getting excited about this upcoming skin, we’ll ease your disappointment by letting you know straight away that getting King Rammus right now is really difficult.

Owning one of these skins in League of Legends is a huge flex because they are among the rarest skins in the game.Therefore, the only piece of advise we can provide if you already have one in your possession or have obtained one in any other manner is to retain it!

On October 20, 2009, League of Legends’ Beta version had this skin, which is no longer available in any shape or form.

These skins are either no longer available due to visual problems, or they can only be obtained by attending certain events. Only those who participated in the League of Legends first beta were able to obtain this skin. So, yeah, it is no longer available.