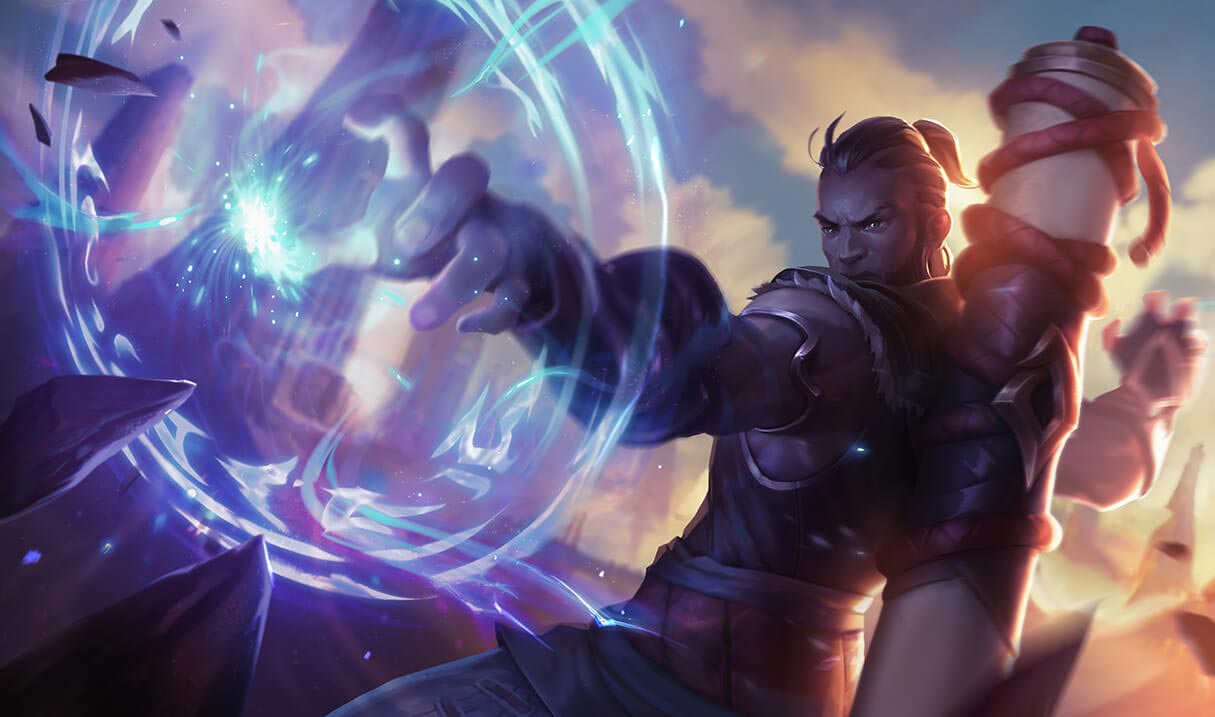 One of the first skins to be introduced in 2009 was Human Ryze, now known as Young Ryze, which is an extremely uncommon skin.

Young Ryze was a prize for pre-ordering the collectors edition of the game before it was published, just like the Black Alistar skin was. Less than 1% of the current League of Legends community received this skin in 2009, according to estimates of roughly 65,000 recipients.

Ryze’s skin colour has changed from blue to a more natural skin stone, and this unusual-looking skin has several textural alterations compared to the old skin. Additionally, he has green tribal tattoos all over his body that mirror the designs on the scroll he always carries with him.

None of the particles, animations, or sounds have changed since this was one of the earliest skins to be published because they were all original. Though disappointing, it is comparable to other skins included in the collector’s edition. The only piece in the collection with new particles is Goth Annie, which nonetheless retains its previous sounds and movements.

This skin was never offered in the Riot shop because it was only included with pre-orders. Of course, this did not stop individuals from exchanging the skin via internet auction sites. The only option to receive the skin if you missed out on ordering the digital download was to purchase the code online from a third party.

This skin is now unavailable since Riot stopped allowing specific codes to redeem skins back in 2014. The only way to get this skin is to purchase an account with it already redeemed as there is no sign that it will be added to the marketplace. Check our store below for accounts with the Young Ryze skin enabled if you’re seeking for it.

Skin alterations gives the champion additional immersive features and pushes them beyond a mere outfit change. includes a fresh splash picture, model, and texture. features brand-new animations, visual effects, and noises from time to time, depending on the subject of the skin or when their absence would be detrimental.

How can I get this skin?

It is distributed to players that pre-ordered League of Legends’ Retail Collector’s Edition.