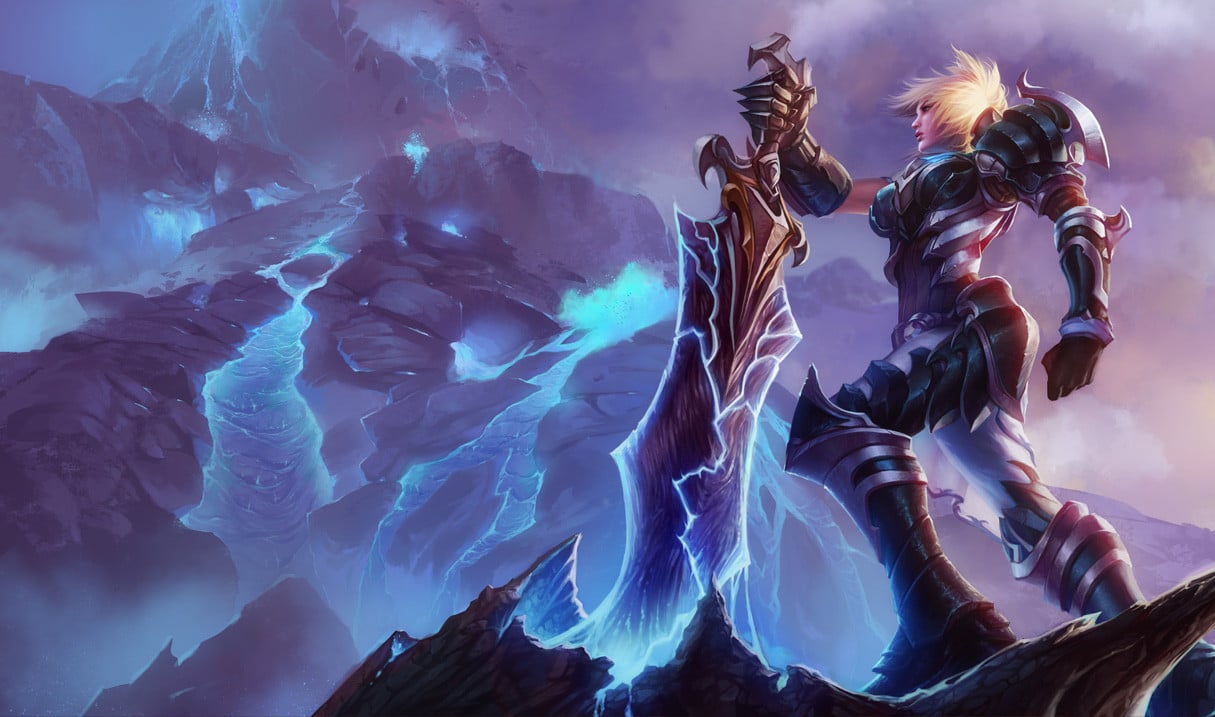 The skin was initially intended to be made available as a standard skin with a different name. But Riot opted to use the skin for a particular event when they realised LCS was approaching. Since then, Riot has released a new Championship-style skin for a different champion every year since 2012.

Ijen, an Indonesian volcano, and its brilliant blue lava served as the inspiration for the Championship Riven skin. The mountain’s colour changes because of the sulphur content and the high temperature, but if you only want the gist, it has to do with the amount of sulphur in the mountain.

The skin’s initial retail price was 975 RP when it was first made available in the store during the 2012 LCS. Viewers who purchased tickets and physically attended the finals received championship riven with their purchase, which they could later redeem. Some players chose to sell their skins online, and most auction sites would easily see prices of $300 or more. The internet trafficking of skin codes was eventually stopped when Riot disabled them.

According to estimates, 8000 people got the skin only by buying tickets. Following the finals, the skin was made available for all players to buy in the store from October 14 until October 22 before being taken down. It hasn’t been back to the store since that time.

The 2015 World’s Pick’em winner also received this skin as their prize. Up until the championship match, participants had to predict which side would win each match. Since it was an almost difficult undertaking, only one person ultimately took home the prize. Due to the skin’s lack of availability in stores since 2012, this was the first time in three years that it had been redeemed.

For the champions Kalista, Thresh, and Shyvana, further three Championship-style skins have so far been created. To honour a separate year’s LCS, all 4 skins have been made available. Currently, the World Championship series’ Riven, Thresh, Shyvana, and Kalista are released in that order. Expect a new skin to be added to the collection as the 2016 LCS draws near!

Riot made certain aesthetic changes to the heritage skin to honour the skin’s original owners.

Availability: Not offered in stores

Concept Blue obsidian sword with valour armour and the Roman numeral II to signify LCS 2012 Model. Price at the time of purchase was 975 RP. New hair colour, sword, and armour for the model.

Particles: For all skills, including the ultimate new particles available

Sounds: There are no fresh noises.