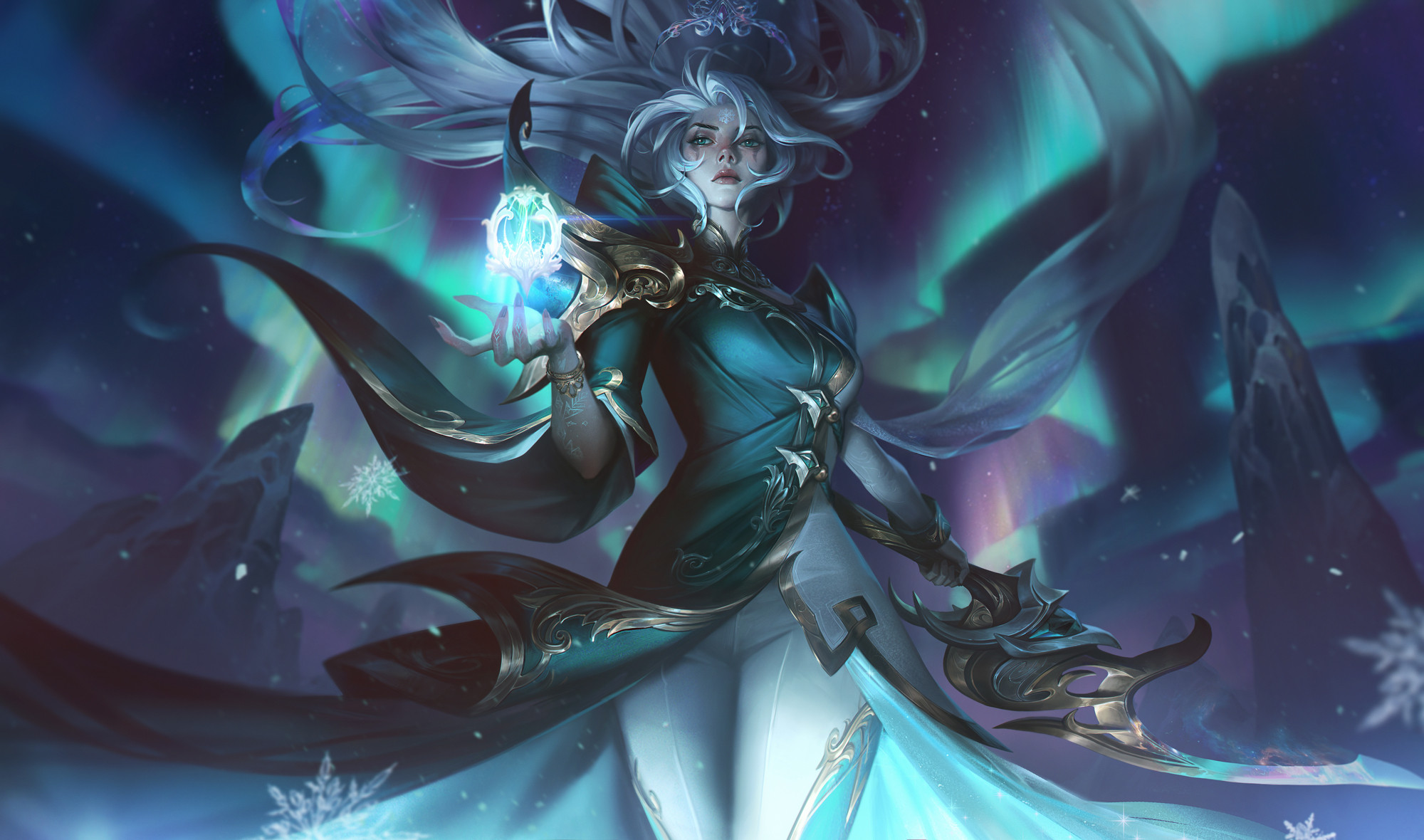 Ahead of the holiday season, the League of Legends developers are incorporating some festive touches into the game. The map becomes white and an aurora emerges above her as the Scorn of the Moon gains a pentakill. Summoner’s Rift is briefly blanketed in snow, and everyone may observe this unusual effect.

In a video the developer shared, a blue aurora can be seen over the middle lane as the Rift transitions from a green, alive world to a grey, chilly one. About 15 seconds pass before this impact wears off.

But Diana’s new Winterblessed skin will also include other features. When the champion deals damage to at least two foes with her Moonfall, she will also visibly change (R). Diana’s attacks and skills have a purple undertone when she transforms.

In League of Legends, there are several skins. These skins all have distinctive themes. The winter theme is one of the most popular themes for skins.

Riot Games has created a variety of skins with a winter theme ever since League of Legends first launched in 2009. In addition, Riot launched Happy Elf Teemo, Workshop Nunu, Snow Bunny Nidalee, etc. that year. Since then, up to 2019, Riot has yearly produced skins with a winter theme. We witnessed the debut of the Sugar Rush skin collection in 2019.

Due to this, Riot has formally unveiled their Winterblessed winter-themed skin range for 2022. Seven distinct skins will be available in this new skin range. Moreover, Winterblessed Diana will be the fabled skin of this skin collection.

Diana was made available in 2012. Riot eventually rebuilt her into a jungler even though she was initially launched as a mid-lane champion. She was formerly a mix between a bruiser and a mage. She was changed in 2017 to become a combination of a diver and assassin.

Diana has 11 distinct skins, including the luxury skin. She doesn’t have any legendary skins, despite the fact that she is a highly well-liked champion in both casual and competitive play. Her first legendary skin will be Winterblessed Diana.

Winterblessed Diana will cost 1820 RP because it is a legendary tier skin and its demand. However it is a very good price if we compare it features and exclusivity to its value.