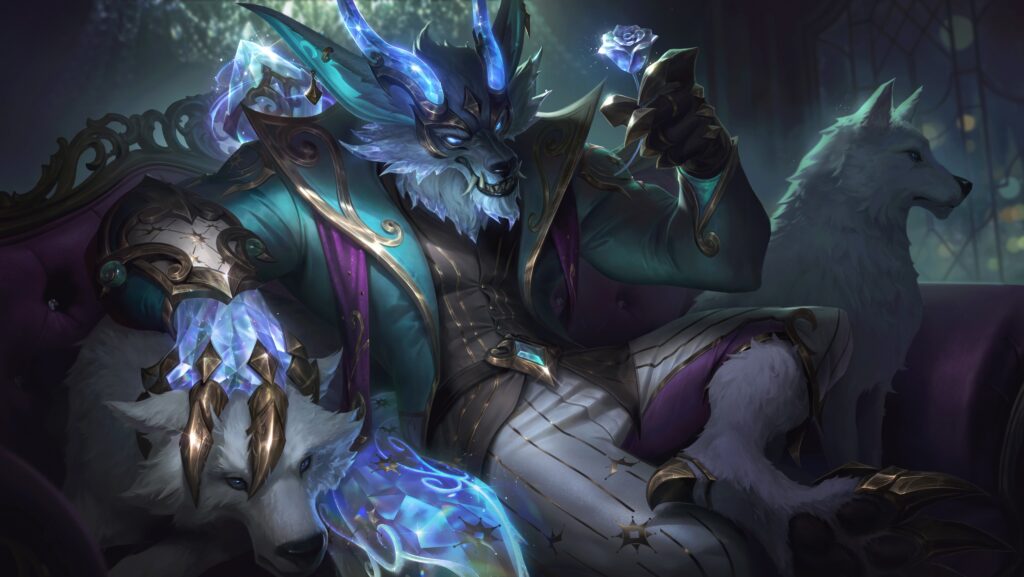 League of Legends features a variety of skin lines, but none have become as well-known as the ones with a winter theme. Since the beginning of the game itself, Riot Games has released certain skins with a winter theme each year to commemorate the winter season. However, Riot didn’t release any winter-themed skins in 2020 or 2021 for an unspecified reason. Because they wanted their beloved champion to have winter skin, many supporters were quite disappointed.

Warwick, who debuted in 2009, is one of League of Legends’ veteran champions. But even then, his tactics and equipment were simple. Unfortunately, as the game aged and improved, his equipment became out of date. He thus obtained his eagerly expected VGU in January 2017. The VGU at Warwick was a great success. Additionally, with Fiddlesticks and Nunu’s VGU, people in the modern day still consider Warwick’s VGU to be one of the greatest in the game.

There are 13 skins in all for Warwick. However, despite being a veteran and well-liked champion, he lacks either legendary or prestige skin. Riot made the decision that Warwick will get the next prestige skin as a result.

Ahead of the holiday season, the League of Legends developers are incorporating some festive touches into the game. The map becomes white and an aurora emerges above her as the Scorn of the Moon gains a pentakill. Summoner’s Rift is briefly blanketed in snow, and everyone may observe this unusual effect.

In a video the developer shared, a blue aurora can be seen over the middle lane as the Rift transitions from a green, alive world to a grey, chilly one. About 15 seconds pass before this impact wears off.

In League of Legends, there are several skins. These skins all have distinctive themes. The winter theme is one of the most popular themes for skins.

Riot Games has created a variety of skins with a winter theme ever since League of Legends first launched in 2009. In addition, Riot launched Happy Elf Teemo, Workshop Nunu, Snow Bunny Nidalee, etc. that year. Since then, up to 2019, Riot has yearly produced skins with a winter theme. We witnessed the debut of the Sugar Rush skin collection in 2019.

Price information on Prestige Winterblessed Warwick won’t be available until the item is available on live servers. But it’s anticipated that 2,000 exclusive in-game Winterblessed Tokens and eventually 125 Mythic Essence will be required to purchase this skin (ME).

How to Get the League of Legends Prestige Winterblessed Warwick Skin:

Players may purchase the Prestige Winterblessed Warwick skin once it becomes live by going to the Loot page and exchanging their unique in-game Winterblessed Tokens. For access to the brand-new Warwick skin, players must redeem 2,000 tokens.

After the event, prestige edition skins won’t be sold for RP in the store. The skin is anticipated to cost 125 ME when it ultimately makes a comeback in the Mythic Shop.