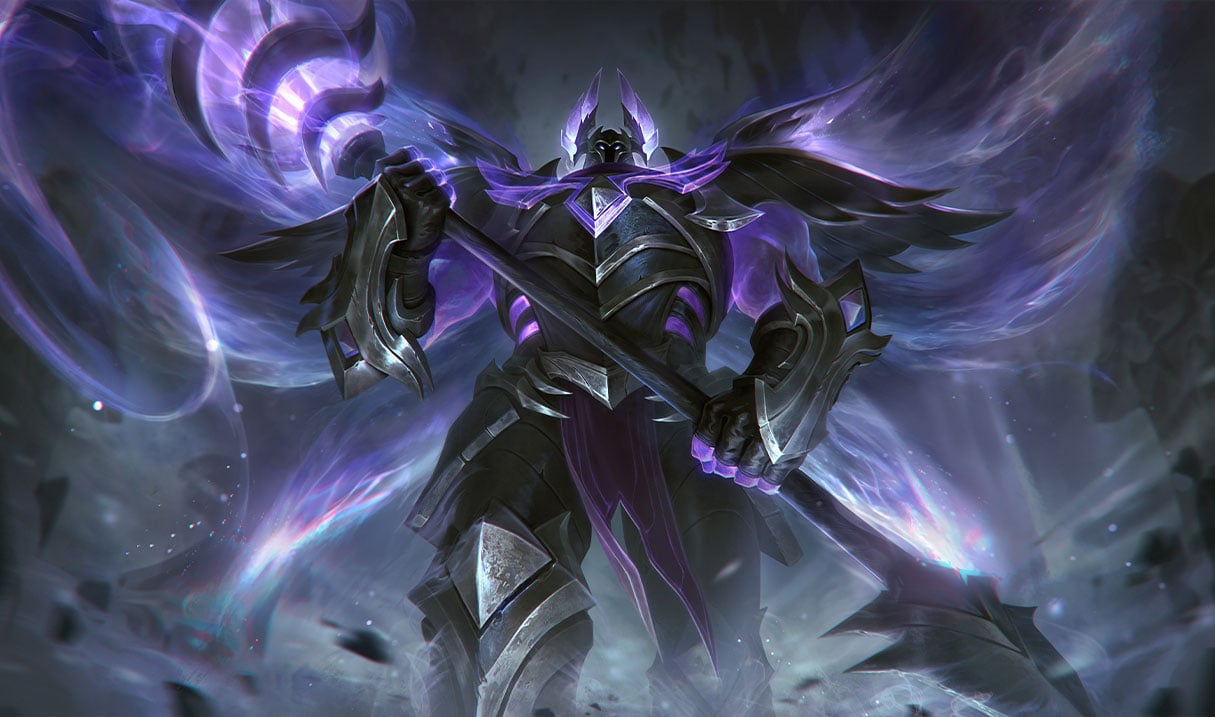 The first set of skins for League of Legends has been released, and they are all secured by the brand-new Mythic Essence money. Fans were initially quite pleased about these Ashen Knight skins, however subsequently, especially when the Pantheon skin was shown, some issues have been raised. Regardless, the most recent one could have gotten out. The Ashen Graveknight Mordekaiser may be seen here.

Three Ashen skins have been released thus far, each around the centre of a quarter. As a result, this Mordekaiser skin could be the final Ashen Knight skin until at least 2022. Pyke, Pantheon, and most recently Sylas are the three champions that have acquired these skins thus far.

Ashen Graveknight Mordekaiser, a new champion in League’s Ashen Knight skin range, brings the Iron Revenant into the exclusive Mythic Essence store. This skin will probably cost 100 Mythic Essence, just as Ashen Knight Pyke and Ashen Slayer Sylas, and be released with with an Emberwoken chroma, which will cost 40 Mythic Essence.

Though it has not yet been formally announced by Riot outside of appearing on the game’s PBE, this skin is most likely to be made available on the live servers on December 7 with Patch 12.23.

It will be fascinating to see what direction the League of Legends developers choose. There are fans of these skins, no doubt, but will the skins team keep them or cultivate new ones? If so, do these skins ever emerge from the Mythic Essence currency’s shadow?

With a stunning set of wings on his back and purple lights erupting from the cavities in his chest, this skin of the Mythic tier depicts Mordekaiser in an even darker suit of armour. The top of Mordekaiser’s mace, which shines like an eerie lantern, looks to be regulating this illumination.

The Iron Revenant’s armour seems to be stained with traces of blood and victory thanks to the Emberwoken chroma that Ashen Graveknight Mordekaiser applied to him. This chroma completely eliminates all of the strange purple light. The armour appears to become a little lighter and shines with a bronze-like shimmer in the red light.

How to find Ashen Graveknight Mordekaiser:

Ashen Graveknight Mordekaiser will be a Mythic Essence-only skin, just like the other Ashen Knights Skins. So, the only way to get this skin is to pay Mythic Essence. Furthermore, the retail price of this skin is 100 ME. The skin will also include a chroma that requires 40 ME to unlock.