20+ champions
You'll get an account with more than 20 champsions. 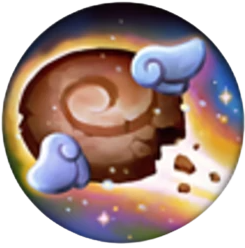 Many League of Legends players from Riot Games also find the skins and builds of Marksmen interesting.
In management, the champions of this class (as well as others) can be:
Simple,
Medium,
Complex.
However, “simple“ does not mean “boring”!
Buy 20+ Champions NA LoL and see for yourself!

The Arrow of Retribution

Playing Varus is to challenge your own normality. After all, this dangerous villain loves to bring his victims to extremes after which death is a deliverance from the torment. If Varus is one of the heroes in the 20+ Champions NA League of Legends for sale set you purchased, then you will learn a lot about him. For example the following:
He spent several centuries in prison,
Varus was able to escape from prison only thanks to the mistake of two warriors,
These two unfortunate people were cursed by him and turned into a single body by him,
The soul of Varus lives in an object – a combat bow.
Varus wants revenge on those who condemned him to long imprisonment. And if the spirits of his involuntary liberators had not prevented him, he would have eaten this dish long ago, which is usually served cold.

Malcolm Graves and Destiny are a couple that cannot be separated! This is not a lyrical turn. Destiny is a double-barreled shotgun without which this mercenary, player, and thief, wanted in almost every city, do not part for a minute.
Graves’ strongest abilities are based on his ability to wield these weapons. For example, END OF THE LINE. A cheerful robber releases an explosive projectile, which explodes after 0.2 seconds when it collides with an obstacle or after 2 seconds if no one turns up ahead.
If your 20+ Champions NA League of Legends account has this charismatic thief and player, then you will soon find out that honor for Graves is by no means an empty phrase and he strictly adheres to the laws of conscience of the criminal world.

Do not expect mercy from the beauty of Miss Fortune! It was she who blew up the flagship of the robber king responsible for the death of her family. Does this mean that she has become the new queen of the rogue world? Take advantage of Kayn shop’s great offer “20+ Champions NA LoL for sale” and find out for yourself!